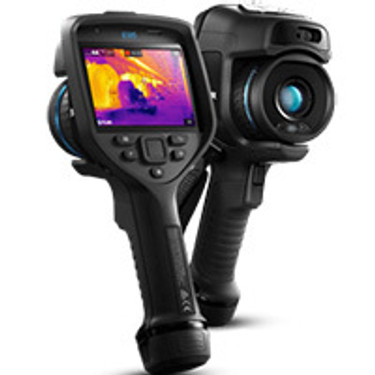 In light of the global outbreak of the coronavirus (COVID-19), which is now officially a pandemic, society is deeply concerned about the spread of infection and seeking tools to help slow and ultimately stop the spread of the virus. Although no thermal cameras can detect or diagnose the coronavirus, FLIR cameras can be used as an adjunct to other body temperature screening tools for detecting elevated skin temperature in high-traffic public places through quick individual screening.

Using thermal cameras, officials can be more discrete, efficient, and effective in identifying individuals that need further screening with virus-specific tests. A variety of institutions, including transportation agencies, businesses, factories, and first responders are using thermal screening as an EBT detection method and as part of employee health and screening (EH&S).

How to Configure Screening Mode on a FLIR T-Series: Elevated Skin Temperature

What FLIR cameras are used for thermal screening?

While governments outside the United States may choose from many different cameras, FLIR has a 510(k) filing (K033967) with the US Food and Drug Administration (FDA) for select camera models for use as an adjunct to other body temperature screening tools to detect differences in skin surface temperatures. These cameras include the FLIR Exx-Series, FLIR T-Series & FLIR A320. 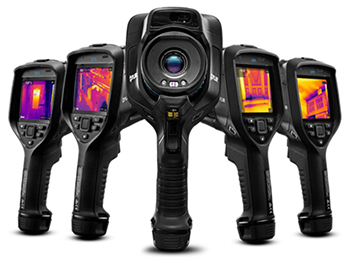 FLIR designed the Exx-Series to offer the best performance, resolution, and sensitivity of any pistol-grip handheld thermal camera. The E75, E85, E95, and now the new E53 thermal imaging cameras are packed with the features you need to find hot spots, detect the early signs of building deficiencies, troubleshoot electrical and mechanical systems, and prevent problems before they cause serious damage. 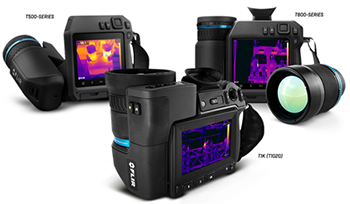 FLIR T-Series thermal imaging cameras offer outstanding range, resolution, and image clarity paired with the ergonomics professional thermographers need for a full day of inspections. From the 180° optical block rotation on the T500 models, to the T1k's OSX™ Precision HDIR optical system — designed exclusively for the T1K — the T-Series offers the next level in design and performance.